Kuang Lung Hunag has his expertise in Lens Design and Optical Engineering. He used to work in optical industry for many years. Currently he is a full time Faculty of Department of Materials and Energy Engineering, MingDao University, Changhua, Taiwan, ROC. He is also in charge of several projects related to lens design and optical engineering.

Statement of the Problem: Reduction lens has been used in many applications for a long time. However, as the requirement for space limitations is the key issues of design, the fundamental theory for thin lens layout becomes crucial. The compact micro-reduction lens has only 10 mm total axial length, and 3 mm back focal length. The reduction ratio (image/object) is -0.212 and has diffraction image performance. Methodology & Theoretical Orientation: The design evolved from Seidel aberration theory. In finding initial solution for compact structures and long back focal length, a thin lens layout with “+, -” and “-, +” structures have been investigated. Findings: A thin lens layout with “+, -” configuration has less BFL than that of the “-, +” structure’s. The axial glass length of the first lens can reduce air thickness for compact requirements and balance aberrations, which leading the high contrast performance of the reduction lens. Conclusion & Significance: The compact micro-reduction lens has designed based on Seidel aberration theories. An initial solution with “-, +” structure can balance the Petzval curvature aberration and have longer BFL for mechanical constraints. The image performance reaches diffraction limit under the -0.212 reduction ratio.

Jianhua Liu got his Master’s and Bachelor’s degree from Shanghai University of Science and Technology in 1992 and 1989, respectively. In 1995, he got his PhD from Shanghai Institute of Optics and Fine Mechanics, Chinese Academy of Science. His interested fields of research include laser spectroscopy of laser crystals, experimental studies on the interaction of short laser pulses with thin film materials, liquid crystal optics, and optical properties of optical planar waveguides.

Optical bandpass (OBP) filter is a kind of important device that has been widely used in many optical fields. OBP filters, with bandwidth in nanometer scale and sideband well depressed, usually are made of tens or even hundreds of this thin film pairs piling together. The transmission efficiency typically gets in a range of 50-90%, due mainly to the material imperfection and errors in the film deposition processing. In the past two decades, waveguide grating (WG) provided a new way of making narrow bandwidth optical bandpass filters due to the novel property of optical anomaly, i.e. 100% transmission efficiency and extremely narrow bandwidth in nano/picometer scale. However practically precise control of the profile in the constituent materials of the WG structure is not an easy task. Recently, we have proposed a new type of narrow bandwidth optical bandpass filter which is composed of only a few (minimally 3) layers of films that form a planar optical waveguide, and two coupling prisms cladding on both side of the POW. Light transmits from one prism to the other through the sandwiched POW under the condition of a two-step guided mode resonances (GMR), which makes the transmittance extremely sensitive to the structural configuration, wavelength, and the angle of incidence. We have obtained simulation results of single and/or multiple pass-bands in the visible spectrum with transmission efficiencies about 99% with practical material parameters. The most prominent feature of this kind of OBP filter is that bandwidths for most of the pass-bands are in picometer scale. Meanwhile sensing applicability has also been explored. Because of the simple structure and less number of layers, it could be easily implemented in terms of device fabrication.

The first solar-pumped lasers required highly concentrated sunlight to surpass high lasing thresholds. Nd:YAG waveguides sensitized by luminescent nanocrystals reached lower thresholds and were further improved by co-doping ions with broad vibronic absorption bands, e.g. Cr3+, providing high efficiencies. Alternatively Yb:YAG could be sensitized by Nd3+ with efficient energy transfer, rendering co-doped Ce, Cr, Nd, Yb:YAG ceramics promising candidates for high-efficiency solar lasers. Comparing the laser output power with the direct normal irradiance (DNI) of sunlight, power conversion efficiency (PCE) can be defined in analogy to photovoltaic systems. This efficiency is quite different from a conversion efficiency of a pump rate at fixed wavelength (e.g. diode pumping), as it includes the solar spectrum, that is only partly absorbed within certain spectral bands by the active laser medium. The PCE is increased by high broadband absorption cross sections that ideally cover dominant parts of the solar spectrum, as realized today using novel co-doped YAG materials. However, high PCE and low lasing threshold depend also on a large overlap of the intensity distribution of concentrated sunlight with the laser mode. Pumping may be improved, e.g. by fibers that are efficiently focused into the gain medium. In this contribution the PCE of a solar-pumped laser using co-doped YAG ceramics is studied theoretically using four-level laser rate equations. It will be shown how the PCE depends on the spectral absorption cross section of the laser medium and on the intensity overlap of pump and laser light within the laser medium. Of particular interest will be the optimal absorption cross section of the lasing material in terms of spectral shape and quantum defect of the laser medium, which is of relevance for the design of future laser materials. 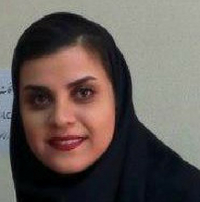 Statement of the Problem: It is well known that the orderly ion structure localized in the radiofrequency (RF) trap can be used for realizing the classical Coulomb crystal. We utilize this idea for obtaining a metacrystal formed by the semiconductor quantum dots (QDs). In this case, we can change the properties of the metacrystal varying the distance and spatial orientation of QDs by properly choosing the RF trap parameters. Th e implementation of this idea implies the ability to control the dynamics of the QDs in the RF trap. Th is study presents universal method for the QD dynamical calculations and metacrystal formation in the 3D RF trap. Methodology & Th eoretical Orientation: We off er detailed numerical analyses of non-linear equations of the QD motion in 3D-RF Paul trap, and we propose a model of averaged equations to describe quasi-equilibrium positions of the constituent elements of QD structure. Findings: Actual RF trap parameters for forming the metacrystal are defi ned and the mappings of the initial conditions are determined. Th e experimental and theoretical results are compared. Conclusion & Signifi cance: Th e presented numerical methods well approximated the experimental results. Th e numerical simulation can be applied for describing of the dynamics of QDs and complex biological structures.