Frankfurt, a central German city on the river Main, is a major financial hub that's home to the European Central Bank. It's the birthplace of famed writer Johann Wolfgang von Goethe, whose former home is now the Goethe House Museum. Like much of the city, it was damaged during World War II and later rebuilt. The reconstructed Altstadt (Old Town) is the site of Römerberg, a square that hosts an annual Christmas market.
Frankfurt  is a metropolis and the largest city of the German federal state of Hesse, and its 746,878 (2017) inhabitants make it the fifth-largest city of Germany after Berlin, Hamburg, Munich, and Cologne. On the River Main (a tributary of the Rhine), it forms a continuous conurbation with the neighbouring city of Offenbach am Main, and its urban area has a population of 2.3 million. The city is at the centre of the larger Rhine-Main Metropolitan Region, which has a population of 5.5 million and is Germany's second-largest metropolitan region after the Rhine-Ruhr Region. Frankfurt is culturally, ethnically, racially, and religiously diverse, with half of its population, and a majority of young people, having a Migration background. A quarter of the population are foreign nationals, including many expatriates.
Frankfurt is an alpha world city and a global hub for commerce, culture, education, tourism and transportation. It is the site of many global and European corporate headquarters. Frankfurt Airport is among the world's busiest. Frankfurt is the major financial centre of the European continent, with the headquarters of the European Central Bank, Deutsche Bundesbank, Frankfurt Stock Exchange, Deutsche Bank, DZ Bank, KfW, Commerzbank, several cloud and fintech startups and other institutes. Automotive, technology and research, services, consulting, media and creative industries complement the economic base. Frankfurt's DE-CIX is the world's largest internet exchange point. Messe Frankfurt is one of the world's largest trade fairs. Major fairs include the Frankfurt Motor Show, the world's largest motor show, the Music Fair, and the Frankfurt Book Fair, the world's largest book fair. 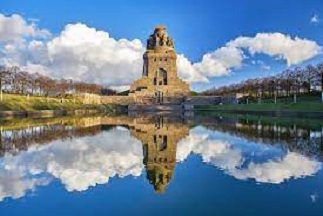 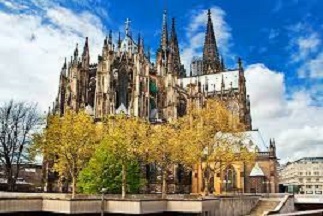